Quick tips for keeping your game scope reasonable and developer costs from skyrocketing.

Let’s get this over with…
take a huge risk and outsource overseas.

The labor rate for an experienced designer or developer in China or India is significantly lower than what can be found in the west. For as little as $8/hour for a freelancer, or roughly $30/hour for a small studio, you can outsource your production overseas and save a ton.

So what if the communication is sub-par and the quality may not be perfect? Throw more time and money at it, and eventually it will get there. Right?!

“It really depends on how you manage your risk, which tends to negate much of the savings you’d expect,” says Matt Conheady, Workinman Producer and former Global Outsourcing Manager. “Typically you will need to put in at least double the effort into direction and management for those overseas teams,” he says, “and pad those timelines, because the first Beta you get won’t be the Beta you wanted.”

Our recommendation is that if budget is purely your concern, and you really can’t afford to have your game developed in countries where the game industry has matured, outsourcing to developing region is an option, but does carry a lot of risk. 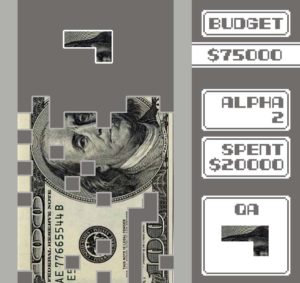 Even if you decide not to outsource, there are significant differences in regional costs. Having your Unity app developed in a San Francisco-based studio can cost, on average, 22% more than an agency based out of New York City, which in turn is about 19% more than what you can find in Rochester, New York (Workinman’s hometown).1

Manage risk and and take the time to investigate developer’s reliability and stability. If they have been around for years, serving repeat clients, and churning out quality products, there’s a reason for it. Their clients are getting a good value and keep coming back. You also want to find a proactive developer – one that that reaches out and communicates status updates without you having to ask. One of the biggest risks with contract development is when they only communicate and show their progress at major milestones – when that happens, the price of iteration skyrockets. Proactive and communicative developers will help you stay on top of things and keep costs under control.

You also want to look for a developer that is transparent with their time and costs. Ask for a breakdown of pricing and an itemized list of what’s included. Also look into hourly rates for additional maintenance and support beyond your game’s launch. A good sign you are working with a responsible developer is when you are discussing price and they advise against low ROI items while champion smart and cost-effective alternatives.

Stay in the loop and provide feedback and content promptly

Tightening the communication loop with your developer is one of the best ways to control costs. Set up weekly calls to check in and make sure development is sticking to scope and schedule. Go over important areas of the game specification to ensure the dev team doesn’t interpret them differently than what you had in mind. This is also a great time to review art, prototypes, and builds with the team and discuss options for changes and iteration. Quick turnaround of art and build feedback prevents the development team from moving on too far from previous work, and building upin items that are in need of changes.

If you are contributing content, such as style guides, educational materials, voice, or licensed materials, your highest priority should shoveling that proverbial coal into the development engine to keep up momentum.

Use a Multi-Platform developer

Code once, and publish to all platforms. If you are targeting release on multiple targets, the smartest decision you can make is to develop using a single-source engine, such as Unity, and publish across all of them. The savings here can be astronomical. Developing native code, even for even just two platforms, may double your costs, cause gameplay and quality inconsistencies, and be a quality-assurance/customer support rabbit hole.

Limiting your target platforms can trim billable time down even further. To launch on the majority of Apple devices and maximize your ROI, do you really need to target Apple TV and Watches as well? Multiplatform development does make it easier but there are still costs to hitting those niche platforms.

By limiting your target devices you can focus development where your needs are. Targeting the youth mobile market? Stick to tablets and focusing on mid-to-low-end performance. Does your app depend on geolocation? Phones are going to be the vast majority of users (because many tablets do not have GPS chips). Not only will this trim those development effort, but also drastically reduce QA time, potential for negative reviews, and future app support costs.

Formalizing your game’s direction, and having that ready to go at kickoff, optimizes the schedule, syncs up the teams, and gets development moving quickly in the right direction. Even with a solid Game Development Document (GDD) outlining exactly what needs to be created, you should still plan for iteration during development. Within the GDD, highlight what components are expected to be iterated upon and when those milestones may be. It’s also important to set aside a portion of the schedule and budget for iteration and make sure your developer is on board with this plan.

Speaking of iteration, it’s pretty expensive to wait for a build and then test and make changes on it. Save time and money by iterating on paper first. Either run artwork, wireframes, and paper prototypes by potential users first, or have rapid prototyping done early on–it’s just faster and cheaper to do it then. While early rapid prototypes lack art and polish, they can save a ton of time and headaches by getting fundamental game flow and mechanics settled, before the rest of the game builds up around them.

Why do all the iteration yourself? Base your ideas on proven implementations in well-known, successful titles, and build on top of that. No need to to reinvent the wheel.

Be smart about scope

The overall scope of your game is what most directly dictates cost. From all the different UI screens, number of characters and their mechanics, number of levels and game modes: it all adds up. You have to be conscious of the “boring” stuff too and account for build-time, adding EULAs, privacy policies, account management systems, analytics, restore-purchases functionality, performance optimization, and more. Your development scope directly influences Bug Testing scope. The larger and more complex your game, the more time and personnel it will take to properly test it. Trim the pork and get the core needed features done first, keeping in mind you have to reserve time for those unavoidable features.

Having enough content to keep players interested is a challenge on a budget. Decide on a cost-effective in-game unlockables and upgrade system early on. A simple progression system with easy-to-create art (or art-free solution) can drastically cut down on billable time.

It also helps to put limits on variance. The more randomness and possible outcomes tends to mean more to write, design, implement, and test. While randomness does give games more complexity and replay-ability, it does mean a lot more more content, more development time to balance it, and QA time to test all the possible scenarios. On that note, procedural (semi-random) level design may come at a cost-saving over traditional level design, and may be worth exploring the cost if it’s design caters to it.

Decide on an economical art style up front and lock in a style guide. Complex and detailed art doesn’t necessarily make for a better game, and gamers these days have been embracing minimalist art styles more and more.

Once the style is chosen, agree on a reasonable standard of quality for presentation. This standard should take into account platforms, target demographic, and your budget. There’s no sense in designing super-high poly models and 4k UI for a kids mobile game. Want Disney-quality character animations? That could cost ten times as much as to produce over standard game art.

For 2D games, programmatic animation tools, such as Spine or Spriter, can not only save a ton of time on animation production, actually make resulting game installation and memory footprint lighter, by avoiding hefty sprite sheets.

Not to be ignored, Quality Assurance (QA) is a crucial part of publishing a reliable product, and it cannot be assumed that contract developers will perform thorough bug testing as a part of their development services. A cost-effective option for QA is to get a stable build out to a group of public beta testers, and leave it up to them to play and report back.

It sounds a lot easier than it is, as the public isn’t exactly well-trained in hunting down bugs and reporting them properly. But their numbers and variety of test scenarios can help make up for lack of professionalism. As a bonus, you may get some insight into public option about the game and its mechanics–something a formal testing service may not provide.

It’s also a good practice to ask for and accept feedback and bug reporting from the public on your game after it is published. This will help you get faster bug reporting on the life product, hopefully filling your to-fix list without having to schedule and pay for a formal QA round in the future.

A great way to drastically reduce costs is to seek out an existing game engine that is ready to be customized or re-skinned with new art and sound effects. If you are looking to make a Match 3 puzzle game like Bejeweled, there’s no sense in paying a developer to create the game engine from ground up–it’s been done hundreds of times already! Find a developer that has existing engine that can be easily leveraged to make your game.

Workinman Interactive has created hundreds of game engines over its 11+ years in the business and creates budget-conscious games and easily re-skinnable game engines for its dozens of clients. Our library of affordable mini-game engines gives our clients a speedy and cost-effective path towards releasing highly-customizable HTML5 games for their audiences.

Have a game in mind? Contact us today to see how we can leverage our library of engines and years of experience to create the budget-friendly, yet feature-packed, game of your dreams.

1 Based on Unity Developer and Digital artist salary averages from Payscale and Glassdoor. 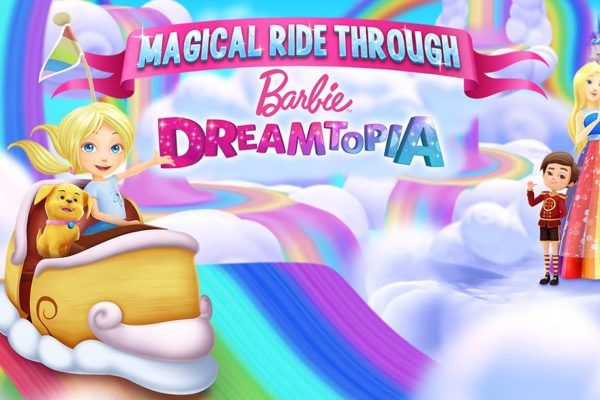 Barbie and Smart Cycle: A match made in Dreamtopia 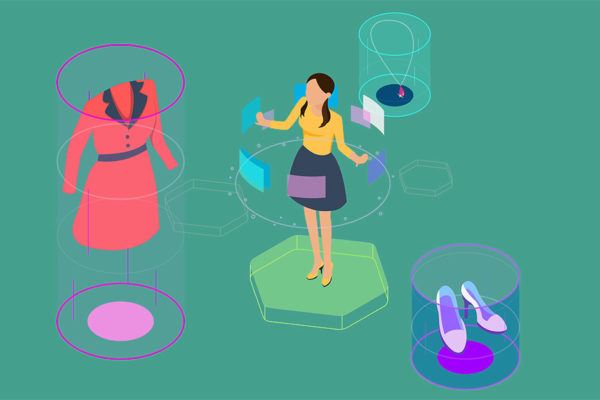 5 Awesome Ways to Promote Your Brand with AR 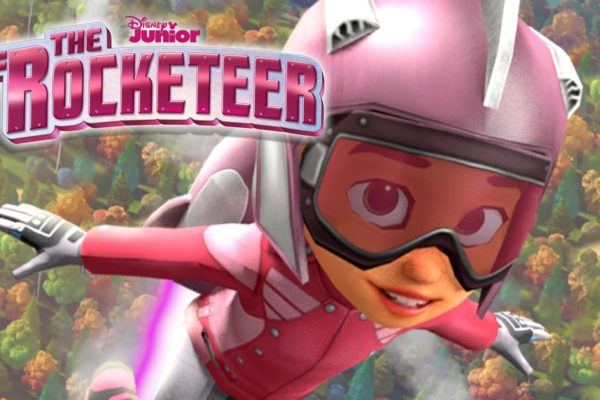